A 45-year-old woman, Peace John, has been diagnosed with mouth tumor after three years of severe pain.

The woman’s daughter, Godsgift, has raised the alarm over the deteriorating health of her mother who was forced out of business because of her illness.

Godsgift, who resides in the Akoko-Edo Local Government Area of ​​Edo State, revealed that her mother’s illness started in 2019.

The 24-year-old stated that since the illness, her mother, who used to sell fish at a local market, stopped the business.

Godsgift lamented that she had to take up the family burden to cater for her mum and brother as their father died in 2018.

She told our correspondent via phone call, “Before he (the father) died, he was providing for us and giving us food. But since his death, my mother started engaging in multiple businesses to sustain us.

“She started doing all sorts of work to help the family.”

Godsgift stated that she started roasting plantain by the street side to assist the family, following her mother’s illness.

“As my mum stopped selling fish due to her ill health, I started roasting plantain so that we can feed the family,” Godsgift said.

In February 2022, Mrs. Peace was diagnosed with tumor, and the family was told that only surgery could remedy the situation.

The surgery will cost N350,000, which according to Godsgift, the family was unable to afford. 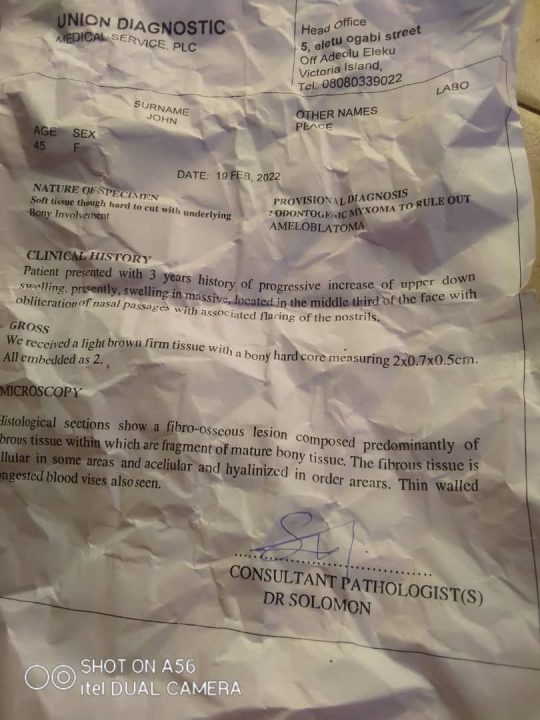 She, therefore, called on the masses to support her family and raise the amount for the surgery, to prevent a worsened condition.