A family in Aylmer, Ont. is thankful their six-year-old girl is home safe and sound after an after school scare on the first day of school Wednesday.

Aireal Colgan’s bus arrived at its normal stop at the end of the school day, but Aireal wasn’t on it. A day filled with excitement would end in fear, said her father Pat Colgan.

“By five o’clock she was sitting in a chair covered up with a blanket, not talking, not eating. By 6:30 she was in bed. And this is a little girl that doesn’t sleep, doesn’t rest, very outgoing. And that was all crushed in one day,” he explained.

It turns out that Aireal somehow got on the wrong bus at school.

According to her parents, the driver of that bus dropped her off at the bus’s last stop — a dead-end street about two kilometers from her own bus stop. It works out to a walk of about 36 minutes for an adult.

A sympathetic parent of another child realized what was going on and stepped in to help. Within a couple of hours from when the ordeal began, Aireal would be reunited with her frantic family.

Aireal’s mother, Wendy Colgan, said she doesn’t wish to cast blame, but her emotions were put through the ringer that day, and the next.

“Yeah, it’s nerve-wracking for sure,” she said. “I wasn’t sure the next day of sending her either.”

Making the situation even more traumatic, the family is closely related to the late Tori Stafford. In 2009, the eight-year-old was abducted from her school in Woodstock, Ont. and murdered.

“And when you’ve lived through it once before, those memories come back really quickly,” said Pat.

Aireal’s grandmother, Linda Jacklin, is Tori’s great aunt. She had been living with young Tori when the tragedy occurred 13 years ago. Trying hard to compose herself, she expressed anger that Aireal was lost so easily, even if only for a short period.

“This could have been Tori all over again,” she said. “So it’s really… I believe, like Pat and Wendy do, this is all about awareness, and maybe people need to be hyper-vigilant again.” 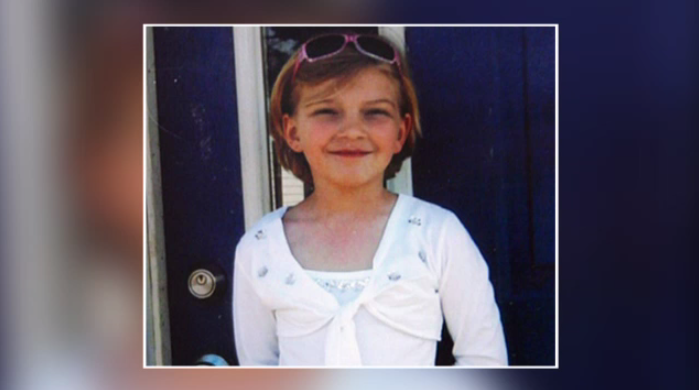 Pat said more needs to be done to make sure what happened to Aireal doesn’t happen again with another child.

“Missteps everywhere, I believe. I talked to the bus company. Apologies. But I’m not going to accept that. More needs to be done. There’s no way a six-year-old girl should be let off a bus in a strange neighborhood.”

Student Transportation Services, which oversees school bus company contracts for the Thames Valley District School Board, provided the following statement to CTV News regarding the incident:

Student Transportation Services (STS) is aware of the unfortunate incident that occurred on September 7, 2022 where a student was let off at the wrong stop. We understand that this incident caused distress to both the student and the student’s family. We are truly sorry that this happened.

STS takes this matter very seriously and has taken a number of actions as a result of this incident. We have proactively reviewed our policies and procedures to prevent the likelihood of a similar incident occurring again. In serious circumstances such as the incident from September 7th, the bus company in question has a mandate to conduct an investigation and provide STS with a report outlining precisely what transpired. STS will review the results of this report carefully with the bus company and determine next steps.

We wish to reiterate that we take this matter extremely seriously and are truly sorry this happened. The safety and well-being of the students we serve remains our number one priority.

The bus company involved in the incident, Badder Bus Operations Limited, said it is working on preventing any similar incidents.

“It was a very unfortunate incident that happened and we are working with STS on an action plan to keep these types of incidents from happening again,” a statement from the company said.