“Death in slow motion” is how Amnesty International describes what has been happening to women in Afghanistan since the Taliban took control in August 2021: recently gained rights for women are now being drastically restricted. This is also happening in the film scene. For 20 years, female directors, producers and actresses shaped Afghan cinema – with major dramas and award-winning films that attracted international attention. That is now set to end if Taliban cultural policy comes into force. The Taliban wants cinema to “take account of Islamic values, national traditions and Afghan culture”, and the new president of the state film organization, “Afghan Film”, is set to enforce his interpretation of that. 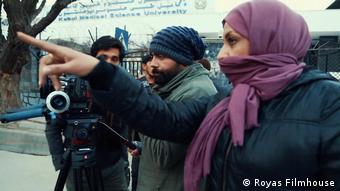 But the women directors who had gained artistic and political terrain will not be silenced – they are continuing to produce work, albeit in exile. For example, film-maker Roya Sadat. Afghanistan submitted her film, “A Letter to the President”, to the Oscars in 2017 for best foreign language film. Now she is forced to continue her work in Washington. That’s where she was when the Taliban took over – and she stayed. Roya Sadat is continuing to fight the injustices being instated against Afghan women. “Filmmaking is not my job,” she says, “it’s my entire life.” Her comrade-in-arms, 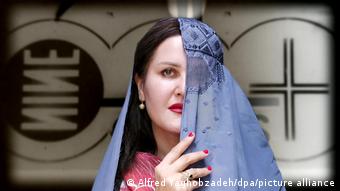 Sahraa Karimi – Afghanistan’s only female doctorate in film studies – fled Kabul when the Taliban rose to power. Her film, “Hava, Maryam, Ayesha”, which is about three Afghan women, premiered at the Venice Biennale in 2019. Karimi now lives in Rome, where she has a visiting professorship. She is still determined to tell her people’s story, especially that of women, saying: “I wanted to know – first-hand – what is going on in my country”. These two filmmakers have been intensely affected by culture – which shows just how many women were involved in the Afghan film scene between crises – during the Bollywood style film boom, and the achievement of many artistic milestones. It also shows how determined they are not to give up. Not even in exile, says Sahraa Karimi: “Now we are telling our stories from a different perspective”.