The Canadian Forces Snowbirds jets that have been grounded in Penticton since July will soon be flying home.

A crash in Fort St. John involving one of the jets prompted an immediate inquiry and required the rest of the fleet, which was already at the Penticton airport ahead of an anticipated Peach Fest performance, to stay out of the air.

All subsequent air show performances, including Peach Fest, were cancelled, and the Snowbirds have sat in Penticton ever since.

After an exhaustive investigation, the jets have been cleared to fly. The aircraft that crashed did so due to engine failure, as a result of “an improperly assembled oil filter,” according to investigation findings.

The aircraft was severely damaged after the pilot made an emergency landing, and the pilot walked away with no injuries.

“The investigation is now analyzing the human factors that may have contributed to this occurrence,” reads the preliminary inquiry.

The rest of the fleet has been deemed fit to fly. Members of the CF Snowbirds are now en route to Penticton to pick up their planes, and fly back to home base in Moose Jaw, Saskatchewan.

“Sadly, this also means that we will not be attending the remaining airshows this season,” the organization announced on social media Wednesday.

The team will take the time to re-train and get ready for the 2023 air show season. 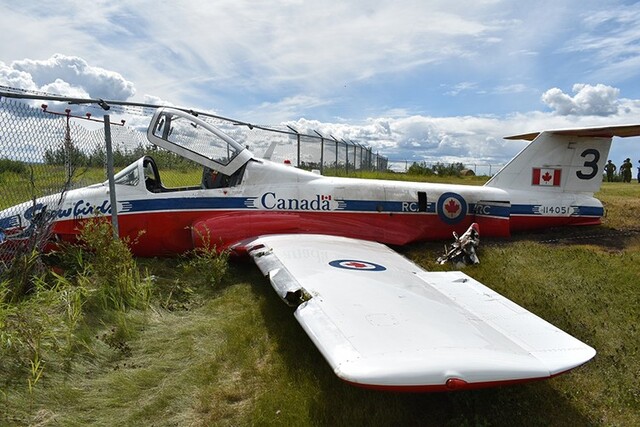