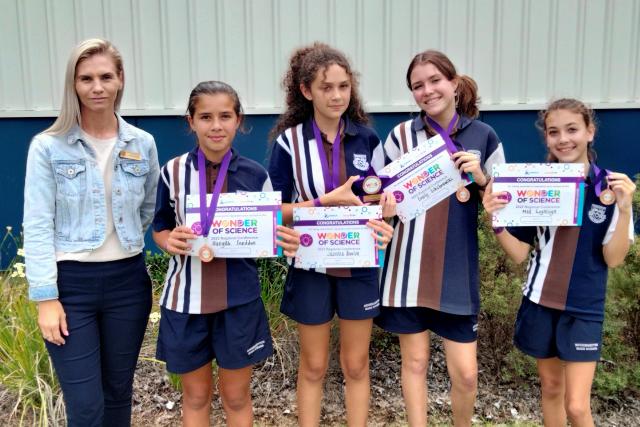 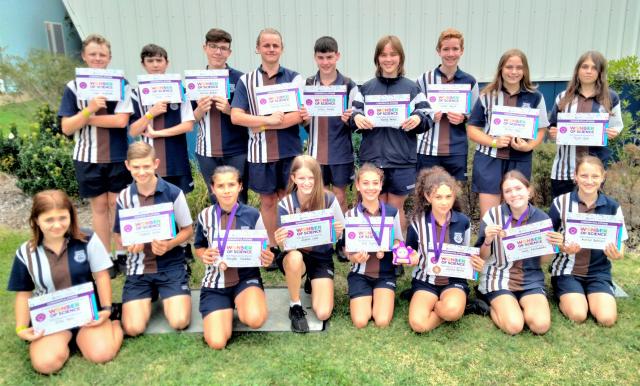 This was the largest Wonder of Science conference held in Central Queensland this year, with a second conference in Emerald.

As part of the program, students were set a challenge task and needed to conduct a scientific investigation with the support of Young Science Ambassadors who visited each participating school twice in Term 3.

The ambassadors are PhD students from Queensland universities who act as role models, help students with their investigations and judge their presentations at regional and state conferences.

Rockhampton State High School head of science Stephen Ladley said more than 100 students in 28 teams, from Rockhampton, Gladstone, Bundaberg and Biloela primary and secondary schools, had the opportunity to showcase their investigations.

“The tasks immersed students in an authentic and collaborative inquiry and helped them develop critical and creative thinking skills as they were challenged to develop a group response to a real-world problem or scenario,” he said.

Year 7 students investigated how organisms in the animal kingdom are identified and classified using a dichotomous key.

They then needed to create their own organism and design a dichotomous key to successfully identify it.

The Year 8s investigated the environmental conditions and biological processes required for aquatic organisms to survive underwater and the impact that changes in the ocean’s chemistry may have on their survival.

Year 9s investigated how energy is transferred in a range of chemical reactions and then built calorimeters to measure how much heat is produced.

“They have been genuinely engaged throughout the program. I’m quite proud that we had teams who came first, second or third in each year level that we competed in.”

“The Wonder of Science program is a fantastic way to help teachers promote a STEM culture in their school while supporting the implementation of the Australian Curriculum at the same time,” Mr. Ladley said.

“We’ve participated in the program for the last two years and have found the opportunity for students to meet and work with early career scientists to be invaluable.

“Students respond positively to these role models and are amazed to discover the numerous opportunities for a career in science.”