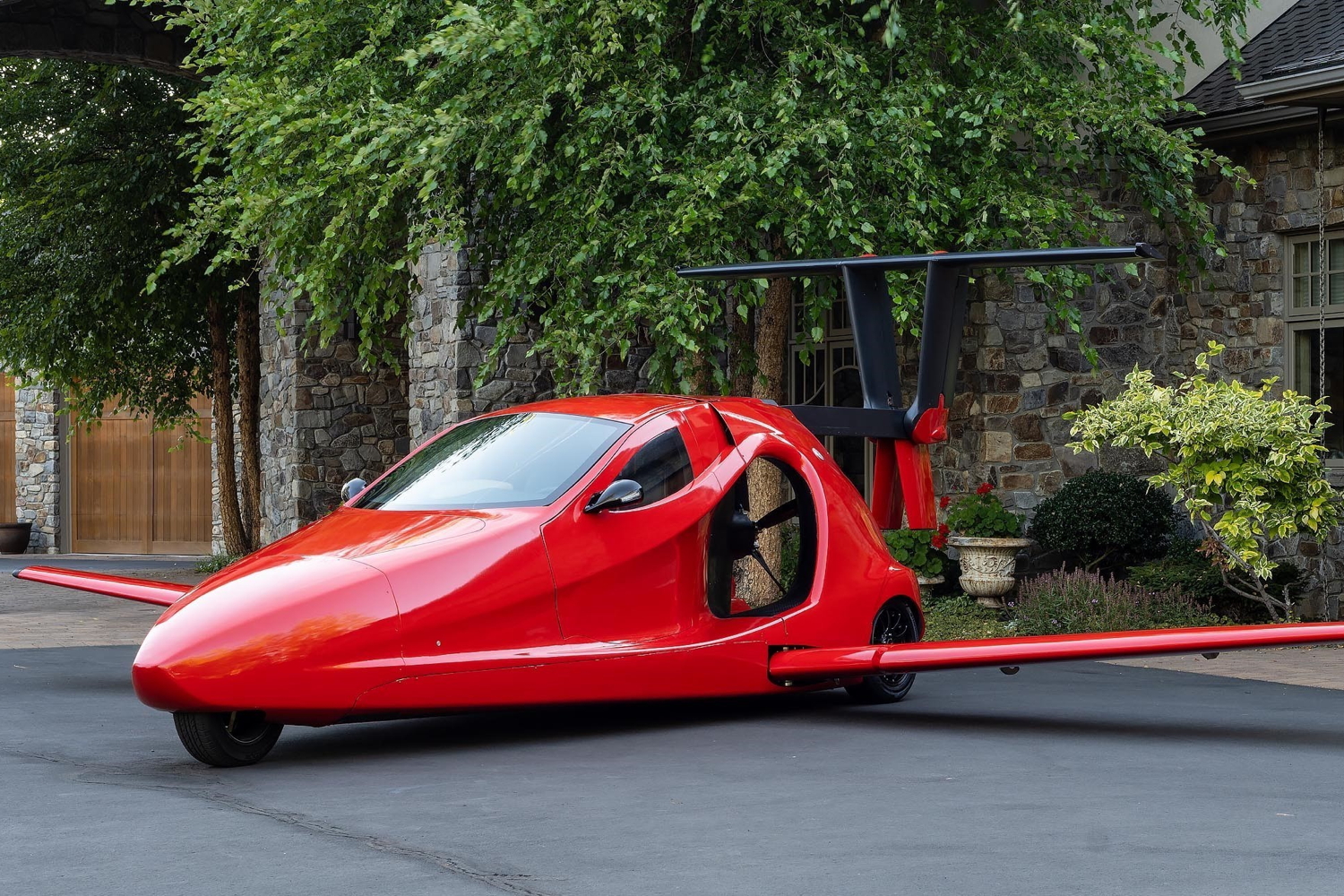 In the near future, you may see a vehicle like this pass you on the road…or it will hover over you while you peek through 5:00 pm traffic! In July, the Samson Switchblade prototype received certification from the FAA (Federal Aviation Administration) allowing its designers to begin test flights. After 14 years of development, this flying car will finally take off.

Developed by Samson Sky of Redmond, Oregon, the Switchblade has been called “the first flying sports car in history” by its creator, Sam Bousfield. CEO of the company, he dreamed of building this kind of vehicle from an early age.

Its road aircraft has three wheels, a two-seater cockpit comparable to that of a car and a hybrid engine. In addition, its dimensions are suitable for the garage of a typical North American single-family residence, at least when its wings are folded.

Stored in a space under the cockpit, its wings unfold in less than three minutes from front to rear like the blade of a switchblade knife, a type of penknife that English speakers aptly call switchblade. Meanwhile, aft, the fin, tailplane and control surfaces unfold and lift at the end of a beam that stretches away from the five-bladed propeller housing.

This flying car is equipped with a three-cylinder gasoline engine of 1.6 L. Developed by the manufacturer, this engine called Samson SC200 is cooled by liquid. Fueled with premium fuel (91 octane), it produces 190 hp. In addition, it is paired with a hybrid technology called Skybrid, on which the manufacturer does not give any details. On the other hand, we know that a 136 L tank would provide the pilot with a range of 724 km.

The Switchblade will be able to reach a maximum altitude of 3,962 m and have a cruising speed of 258 km/h. Its maximum speed will be 322 km/h. This flying car will need 335 m to take off and 213 m to land. In addition, the manufacturer claims that its engine has a reverse thrust system to maintain directional stability on wet tracks.

Sold as a kit to make it “affordable”

In order to make it an “affordable” product, the Switchblade was designed to ship as a partially assembled kit. It will meet the standards of a category of aircraft called “Experimental/Amateur Construction” for which the buyer must carry out at least 51% of the assembly, with regard to the FAA.

Thus, the manufacturer will be able to offer it from around US$150,000, the final price not yet being fixed. The Switchblade Special, a notch higher in the hierarchy of variants, will be offered for around US$245,000 and will have an enriched prize pool. And for US$770,000 and up, the Limited version will be custom-made with all the luxuries the buyer demands.

Samson is already considering adding other variants to its range: the Switchblade Snowbird, which will be prepared for northern regions; the Aurora, a short take-off and landing (STOL) variant designed for more demanding landing conditions; finally, the Trek, another ADAC variant adapted, this one, to the hot regions of the globe and endowed with a greater load capacity.

Bousfield hopes to begin production of the Switchblade within 18 months of its prototype’s maiden flight. As of this writing, the company’s backlog already has 1,600 reservations. Three-quarters come from certified pilots.

The reservation is free. However, it is expected that the buyer must pay a deposit of US$2,000 within 45 days of the Switchblade’s first public flight. For Bousfield, this is undoubtedly an additional incentive to see his prototype finally take off!

However, the Switchblade isn’t the only flying car in development. A few other companies around the world are also busy developing this new kind of personal transportation. Think, among others, of the Slovak company Aeromobil, which has started marketing the two-seater AM4.0, while recently announcing the launch of the four-seater AM Next in 2027.

For its part, Klein Vision, another Slovak company, received certification from that country’s air transport authorities for its AirCar in January, while Pal-V in the Netherlands is accumulating orders for its flying car, the Liberty.

Finally, remember that the American company Terrafugia, which was preparing to market the Transition, was bought by Geely in 2017, only to see its staff laid off and its North American facilities closed in 2021. Its Chinese owner has decided to repatriate everything. in the Middle Kingdom…